A barn is, by definition, an agricultural building usually on farms and used for various purposes. It’s a structure that houses livestock as well as equipment and fodder, and often grain. But for us car enthusiasts, a barn usually resembles something entirely different. It’s a place where every once in a while, the holy grail equivalent of classic car goodness has been known to emerge from. A place where rusty and dusty classics reappear after decades of hibernation. It’s a place with mystique that you’re unlikely to find anywhere else in the automotive world. In short: barns are the unlikely keepers of classic car history and barn finds cars are that history coming alive.

Of course, the car doesn’t need to be found in a barn – nor does it need to be a car, for that matter. Trucks can be barn finds as well as motorcycles. The vehicle can be tucked away in an attic, a basement, a garage, or even under an old cover, or by that tree in the corner of the yard. Collectively, however, they’re still all referred to as barn finds and there are precious few things better than old barn finds cars.

“There are many vehicles still buried in garages and barns,” said Lauren Fix – the car coach. “A few years ago we found a 1965 Shelby GT350 that looked more like a regular Mustang. Convincing people to let go of their connection is the hardest part,” Fix shared one of her “barn find moments.”

In her experience, people are sometimes so attached to their cars that they’d rather see them rot away than sell them. This is one of the reasons barn find cars still appear on a regular basis – often after their owners have already passed away as their inheritors don’t share the same sentiment as the original owners and are, hence, more willing to let them go.

“I think it has a lot to do with the allure of finding lost treasure, and that allure has a big price tag attached,” said Jim Pickering, Managing Editor of American Car Collector and Sports Car Market magazines. “In most cases, a rational, reasonable person would see a barn find for what it is: a car that needs everything and should be priced accordingly. But time and time again, we see bidders pay up for dingy, dirty examples because they’re barn-fresh preserved relics,” he noted.

Pickering argues that old vehicles unearthed from under a heap of dirt and scrap oftentimes tend to have an added value – as if their owners expect you to pay extra for that very dirt and whatnot covering most of the car’s surface, disregarding the fact they’re usually in extremely poor mechanical condition. “That X-factor of lost treasure is a valuable addition to a seller’s bottom line — but as a buyer, what do you do with a car that needs everything and can’t be washed because the value is in the dirt,” he concluded. Pickering also concurs with Fix, believing that the barn finds trend won’t die anytime soon.

With all of the above said in mind, here’s a prolonged list of prime examples unearthed in a barn, garage, or backyard after years or even decades of slumber from under a heap of dirt and all kinds of clutter. 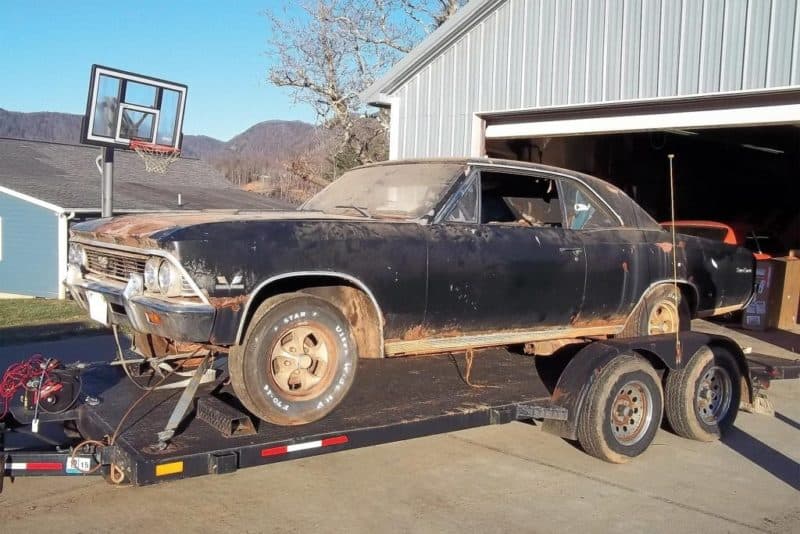 The Chevy Chevelle has earned itself an iconic status among the muscle car enthusiasts over the years, and the first-gen SS396 is certainly one of the best iterations of the intermediate ever produced.

This particular specimen was unearthed from a Claudville, Virginia hay shed a few years back after sitting there unattended since 1980. It’s a piece of local racing history having been a regular on Highway 103, also known as the Claudville Highway, after 11 PM pretty much every Saturday. Just imagine how badass it could look given a proper resto mod! 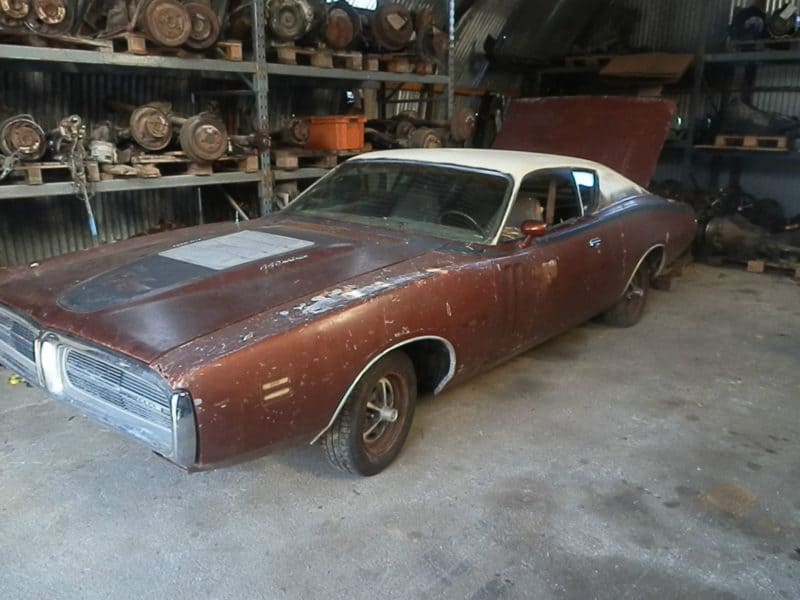 Although this might seem like an ordinary old barn find car, the Charger in question was actually found in a barn in Finland, of all places! Nobody appears to know how this all-American classic ended up gathering dust in a Finnish barn, some 5,000 miles away from home, but who cares as long as it gets the loving treatment it requires to bring it back to its former glory?!

Although the exterior looks reasonably good for a neglected car of this age, it’s fair to say there are some major issues to be overcome here. The interior is pretty much shot to bits, but that’s not the end of the world. However, if you’re salivating at the thought of restoring a ‘matching numbers’ ‘71 Charger R/T, you can stop right here, as this one has no engine and no transmission. While both the engine and transmission have been absent for “who knows?” how long, at least the 440 Magnum badges are still intact on the side of the cowl.