You may be surprised to know that you don’t need a lot of time or a special pan to make delicious Spanish style. Here’s a terrific easy paella recipe that you can get on the table in an hour. 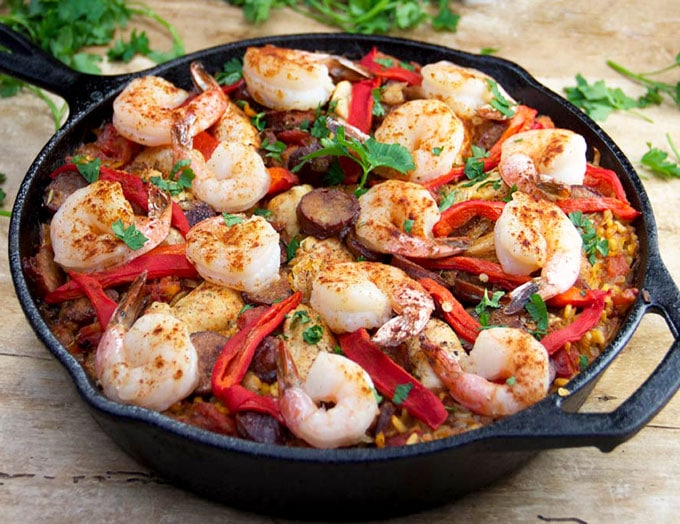 I always thought of paella as an exotic, difficult-to-make dish because my mother-in-law was my role model. She made paella that was so impressive I was in awe. She had the special special pan for paella and it would come out of the oven bursting with chicken, lobster, shrimp, sausage, and mussels. I have her recipe, and I promise to share it at some point in the future.

For now, life feels pretty hectic, so I am happy to announce that paella doesn’t have to be complicated or time-consuming, and you don’t need a special pan. 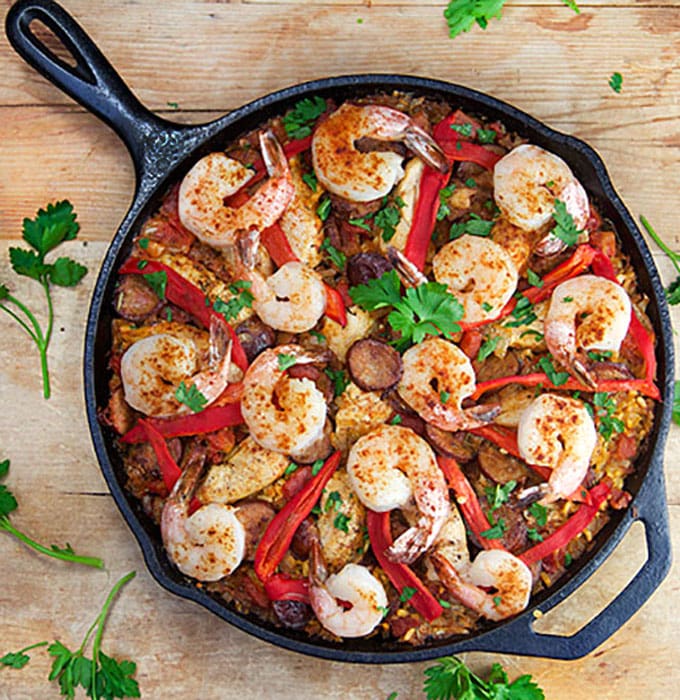