Coffee is one of America’s favorite beverages — a survey published in 2018 found that 64% of the nation drinks at least one cup every day — and a hot steaming espresso in the morning can be one of life’s greatest joys. However, coffee isn’t your only choice for morning caffeine. Green teas, which are created by treating fresh tea leaves with steaming or gentle heating, have less caffeine in them than black teas or coffee, but enough to give you a boost. They also have a host of other health benefits. If you’re looking for a way to perk up in the morning but are increasingly dissatisfied with coffee, switching from coffee to green tea might be a great option. 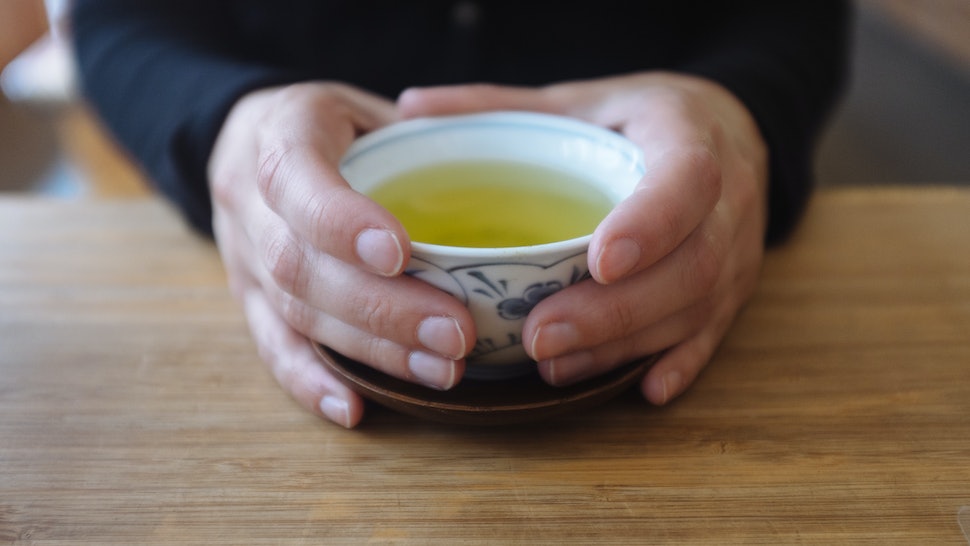 There isn’t one uniform type of green tea; there are a lot of varieties, including those with added flavors like flowers or herbs. Smoky, roasted green teas like hojicha taste very different from steamed teas like sencha because of their method of production — and leaf teas taste much better than anything you get in a teabag. (Sorry, but it’s true.) However, all green teas have particular ingredients and compounds that can affect your health. If you’re interested in switching over from coffee to green tea in the mornings for your dose of caffeine, here’s what might happen.

1. You’ll Be Ingesting Less Caffeine — If You Don’t Drink Matcha

The amount of caffeine you ingest from green tea depends on a lot of things: the variety you choose, whether it involves leaf tips or buds (which contain more caffeine), and whether it’s powdered or uses whole leaves. Matcha, the popular powdered tea, has a much higher caffeine content than leaf green teas, because a single cup of it contains many more ground-up leaves than a cup of leaf tea. If you drink matcha in the mornings rather than coffee, you’ll be ingesting more caffeine than you once did. If, however, you stick to the non-powdered varieties of green tea, your caffeine intake will drop, which can cause withdrawal symptoms.