Hydrogen is flowing in pipes under the streets in Cappelle-la-Grande, helping to energize 100 homes in this northern France village. On a short side road adjacent to the town center, a new electrolyzer machine inside a small metal shed zaps water with electricity from wind and solar farms to create “renewable” hydrogen that is fed into the natural gas stream already flowing in the pipes. By displacing some of that fossil fuel, the hydrogen trims carbon emissions from the community’s furnaces, hot-water heaters and stove tops by up to 7 percent. 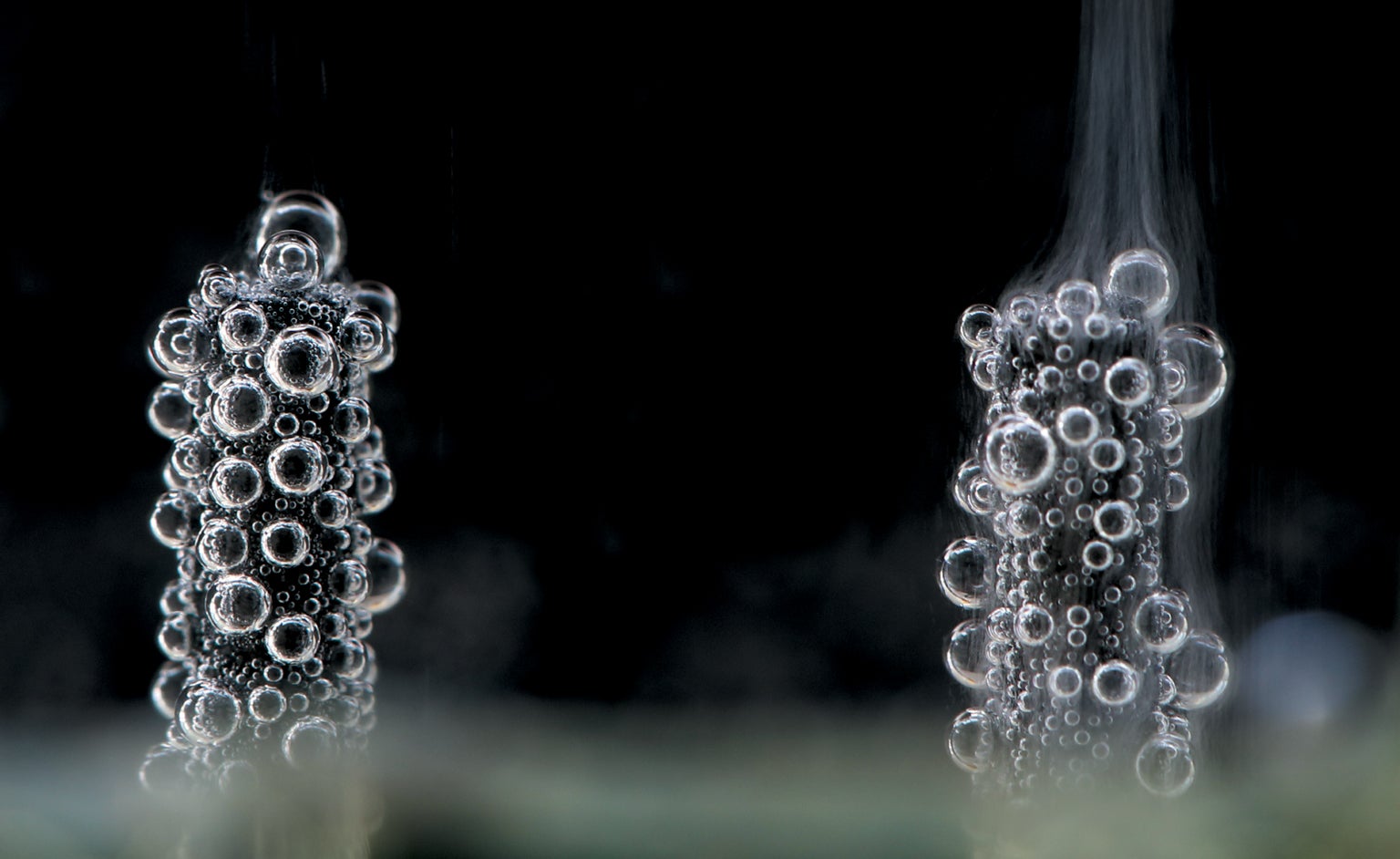 Cappelle-la-Grande’s system is a living laboratory created by Paris-based energy firm Engie. The company foresees a big scale-up of hydrogen energy as the cost of electrolyzers, as well as of renewable electricity, continues to fall. If Engie is right, blending hydrogen into local gas grids could accelerate a transition from fossil to clean energy.

The company is not alone. Renewable hydrogen is central to the European Commission’s vision for achieving net-zero carbon emissions by 2050. It is also a growing focus for the continent’s industrial giants. As of next year, all new turbines for power plants made in the European Union are supposed to ship ready to burn a hydrogen–natural gas blend, and the E.U.’s manufacturers claim the turbines will be certified for 100 percent hydrogen by 2030. European steelmakers, meanwhile, are experimenting with renewable hydrogen as a substitute fuel for coal in their furnaces.

If powering economies with renewable hydrogen sounds familiar, it is. Nearly a century ago celebrated British geneticist and mathematician J.B.S. Haldane predicted a post-fossil-fuel era driven by “great power stations” pumping out hydrogen. The vision became a fascination at the dawn of this century. In 2002 futurist Jeremy Rifkin’s book The Hydrogen Economy prophesied that the gas would catalyze a new industrial revolution. Solar and wind energy would split a limitless resource—water—to create hydrogen for electricity, heating and industrial power, with benign oxygen as the by-product.

President George W. Bush, in his 2003 State of the Union address, launched a $1.2-billion research juggernaut to make fuel-cell vehicles running on hydrogen commonplace within a generation. Fuel cells in garages could be used as backup sources to power homes, too. A few months later Wired magazine published an article entitled “How Hydrogen Can Save America” by breaking dependence on dirty imported petroleum.