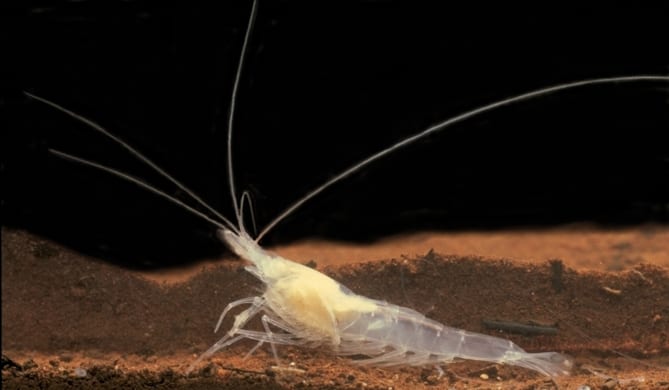 The Kentucky Cave Shrimp is a freshwater species of troglobite shrimp found in the caves of Barren, Edmonson, Hart, and Warren Counties, Kentucky. The species has evolved without eyes of any kind, and its shell lacks pigment, making it almost entirely transparent. They live exclusively in underground streams found in caves and can be found mostly in Mammoth Cave National Park. They survive in the low energy environment off of the sediment that washes into the cave via the movement of groundwater. Within the sediment, they find a rich bounty of protozoans, fungi, algal cells, and other organic materials.

Most species of shrimp possess small eyestalks topped with ocular receptors of some type, but the Kentucky Cave Shrimp evolved without these and has no way of sensing light. They look much like Ghost Shrimp, a common species found in many aquariums. Unlike Ghost Shrimp, the Kentucky Cave Shrimp is threatened due to its limited range. It only occupies a small area within Kentucky and is suffering in that area due to poor water quality resulting from a deterioration via groundwater contamination. Fortunately, conservation efforts are underway to ensure this strange animal doesn’t disappear from the world. 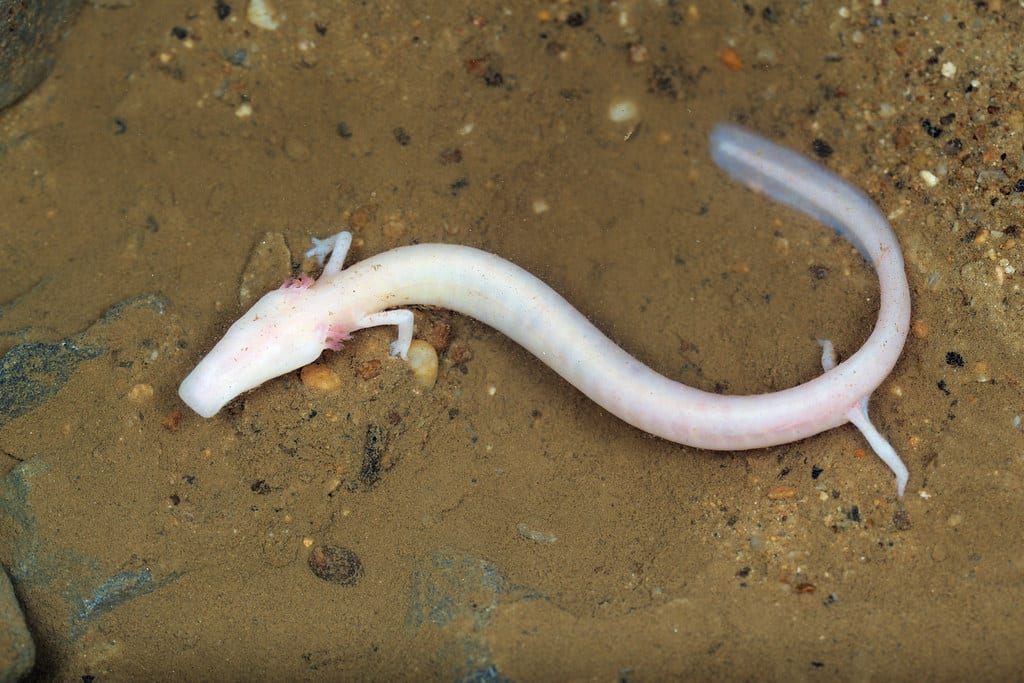 An Olm is a species of aquatic salamander, which is the sole cave-dwelling chordate in Europe. It is entirely aquatic, which is unusual for any amphibian, and it is found solely in caves in the Dinarcip Alps, where it spends its life eating, sleeping, and breeding underwater. Their fleshy skin color has earned them the nickname of “human fish” by the locals, and it has a rich history dating back hundreds of years. The first examples were identified in 1689, where the locals found them washed up after heavy rains. They were believed to be the offspring of a cave dragon, but sadly, they are mere salamanders, and cannot breathe fire.

Unlike some of the other species on this list, the Olm possesses eyes, but they are undeveloped and incapable of seeing any light. It uses its other senses of smell and hearing to navigate its dark environment. Their eyes are formed into small slits, which are completely covered by transparent skin, leaving no eyelids and no other “seeing” features. They have small limbs, with three toes on their forearms, and two on its hind feet, and they lack pigmentation, which is why they have a fleshy, earthworm look to their skin.