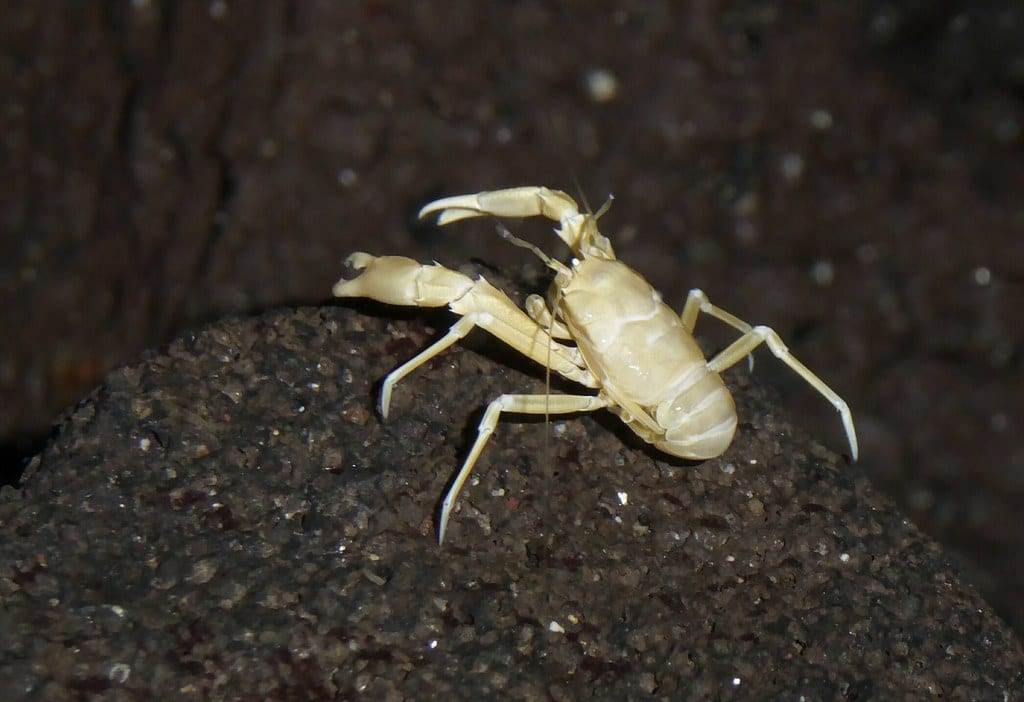 The Blind Albino Cave Crab is a species of squat lobster found only in the caves of Jameos del Agua in Lanzarote, Canary Islands. They are small, pale in color, and completely blind. They live exclusively in lava tubes, which were created thousands of years ago after seawater flooded into the caves created by volcanic eruptions. They are unique to their environment and very little has been learned about them since their identification in 1892. Despite the little known about them, they represent the animal symbol of the island of Lanzarote.

The Blind Albino Cave Crab lives in a cave, which can be visited and is even listed on Trip Advisor as a good place to check out while visiting Lanzarote. Physically, they look like tiny lobsters, which is actually what they are, despite what their name implies. They lack pigmentation and have no eyestalks of any kind. They have no reaction to light and get around by using their senses of smell, taste, and touch. Unlike most of the species on this list, they are not currently listed as threatened by the International Union for Conservation of Nature. 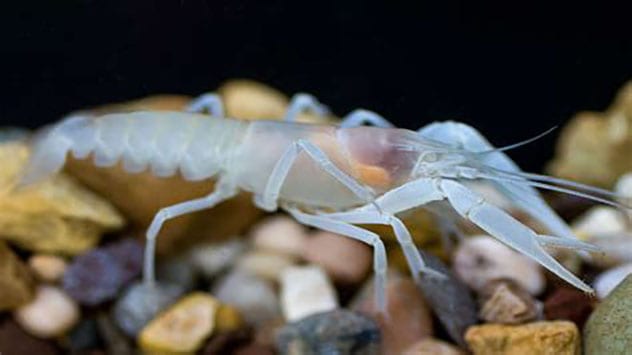 There are several aspects of the Southern Cave Crayfish, which make it an interesting specimen for study. One of the most important details about this critter is that it is a centenarian species, which means it can live in excess of 100 years, and one reported example of a Southern Cave Crafish was noted to be more than 176 years in age. The Southern Cave Crayfish looks much like other species of crayfish, though it lacks pigmentation, making it translucent, and it has no eyes or any reaction to light. They are found in subterranean cave waters of Alabama and Tennessee, where it is listed as being of least concern for survival.

They measure up to about 1.8″ in length, and have adapted to their surroundings such that they don’t need to see to get around, which is good seeing as there isn’t any light where they live. They subsist on small fish and insects, as well as whatever they can suck from the sediment washed into their environment via groundwater. They have been observed clinging to walls, on banks, and within open water, where then enjoy burying themselves beneath rocks.