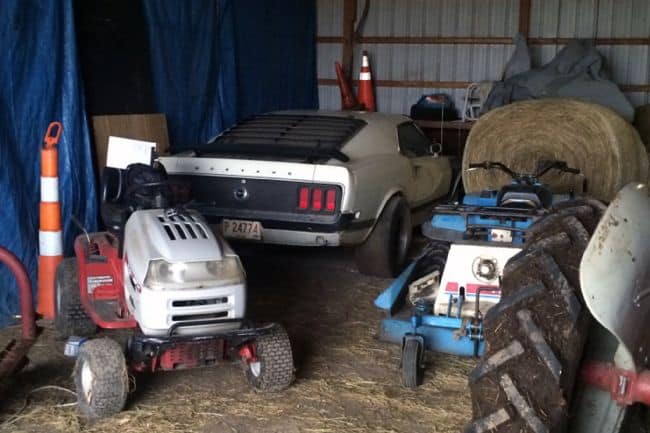 Purchased with the intention of restoring the car with his two sons, the owner stashed this 1970 Mustang Boss 302 in the barn after his sons passed away.

After years of neglect, he finally decided it was time to transfer the project along to someone else. A father and son responded to a Craigslist ad, purchased the car, and are in the process of restoring it. It’s both a heartbreaking and heartwarming story in one, and goes a long way of showcasing the importance of old barn find cars. 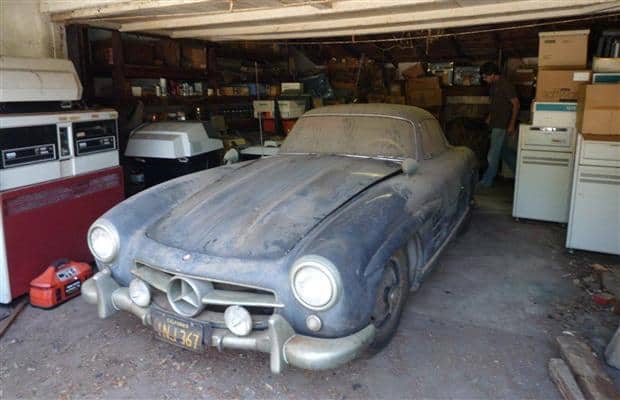 Mercedes-Benz produced a limited run of 29 alloy-bodied 300SLs for competition but only 28 had been accounted for until a 300SL specialist restorer from British Columbia went on a quest to locate the missing car going under the number of 21. It was given as a college graduation gift (gee, and I didn’t even get a pen) in 1955 to a Southern Californian who drove it for almost 20 years until the transmission seized.

As is so often the case, after partially disassembling the car with every intention of repairing it, the owner let it slide, all the while burying it in redundant computer equipment left over from his job. So much so it took three people two days to free the car from the Santa Monica lockup. When they finally did free it, they got their hands on a genuine holy grail of barn finds.