Fascinated by new industry and thrilled by what laid ahead, the early 20th-century Futurists carved out a place in history. Growing out of Italy, these artists worked as painters, sculptors, graphic designers, musicians, architects, and industrial designers. Together, they helped shape a new, modern style of art that still has staying power today.

The Futurists were revolutionaries, members of an avant-garde movement that sought to free itself from the artistic norms of the past. Through frequent, well-laid-out manifestos, they were able to spread their ideas widely and enjoyed great success prior to World War I. This group firmly looked forward and couldn’t get enough of what they saw. For the Futurists, the past was something to look down on. Airplanes and automobiles symbolized the speed they craved and the dynamism with which they saw the world.

Today, the Futurist movement is known for its embracing of speed, violence, and youth culture in an attempt to move culture forward. Though the movement is probably most widely associated with Umberto Boccioni’s sculpture Unique Forms of Continuity in Space, there’s a lot more to explore.

The Origins of Futurism 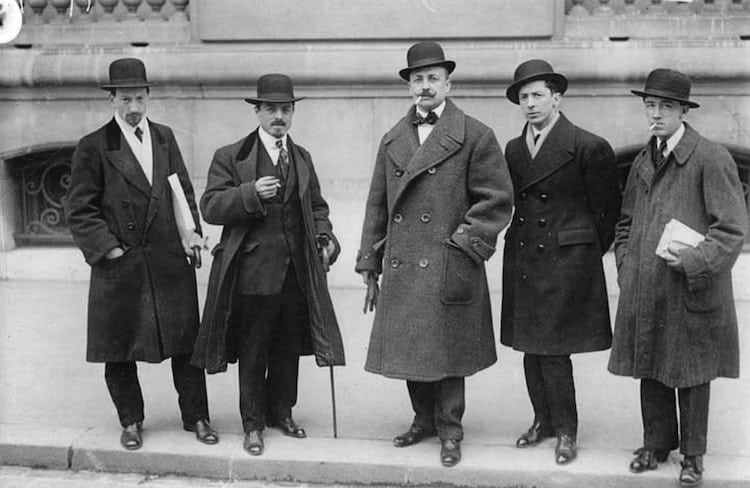 Futurism was founded in Milan by the Italian poet Filippo Tommaso Marinetti. He published his Manifesto of Futurism in 1909, first in the La gazzetta dell’Emilia and then in France’s daily newspaper Le Figaro.

This initial manifesto laid out the Futurist’s disdain for the past, stating “We want no part of it, the past, we the young and strong Futurists!” In the text, it’s also clear that Marinetti wishes to reestablish Italy as a new cultural center. Italy, which was only unified in 1870, was still basking in the glory of the ancient Roman Empire and the Italian Renaissance. For the Futurists, this wasn’t enough.

In fact, Marinetti was through with the past, writing, “We will free Italy from her innumerable museums which cover her like countless cemeteries.” Futurists saw much more beauty in the great industrial discoveries of the 20th century than classical painting and sculpture. In the manifesto, they outright state that modern industrial inventions are much more appealing: “We declare…a new beauty, the beauty of speed. A racing motor car…is more beautiful than the Victory of Samothrace.”