In 2020, scientists combed through the Chandra Deep Field-South (CDF-S) image to find more cocoons. This X-ray picture covers a section of the southern sky in great detail. Many things in CDF-S had already been identified, including 28 points that were listed as galaxies or black holes without cocoons.

But the 28 were imposters.

Not for long, though. When the chart was compared to optical and infrared observations of the same area, their bright signals were undeniably those of black holes with cocoons. The X-ray could not pierce the dimming effect of the dust which explained why they resembled other stellar objects. The discovery also suggests that plenty of records, similar to CDF-S, are probably littered with these black holes that masquerade as something else. 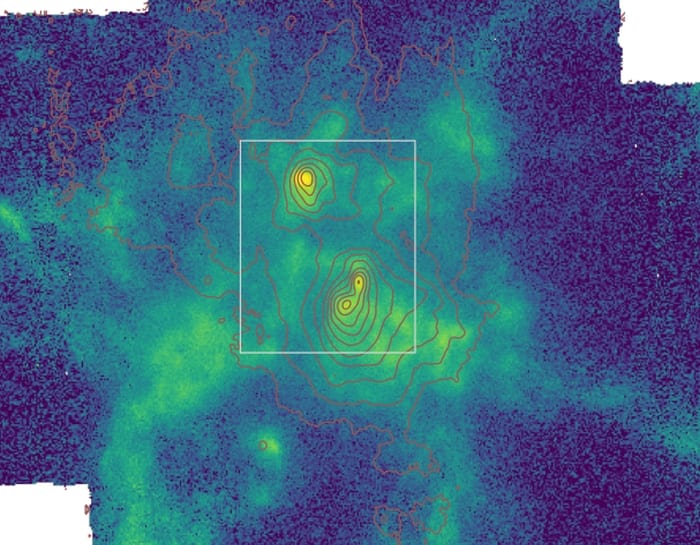 Back in 1983, astronomers considered NGC 6240 something of an odd pickle. The galaxy had a strange shape and an unusual infrared glow. The wisdom of the day concluded that NGC 6240 was actually two galaxies. The peculiar shape and brightness showed that they were colliding.

Each galaxy brought their own supermassive black hole along. By the time they were spotted, the black holes hovered closely together at the centre of NGC 6240.

2019 swung by and astronomers looked at the galaxies with better equipment. They were surprised to find a third black hole at the centre. Their peers from the 80s probably missed it because the black hole was dormant (the other two consumes matter). But whatever the reason, its presence suggested that the merger involved three galaxies.

A triple galactic smash is chicken-tooth rare but not unheard of. What makes this situation so unique is the closeness of the three black holes. They orbit each other inside a small area of 3,260 light-years and the active pair is barely 645 light-years apart.